There are pros and cons to being a casual employee…

A con is that there are less dollaz.

A pro is that I can take mid-week hiking excursions to little huts in the back arse of nowhere!

Mother, cousin and I took a wee jaunt to Fenella Hut in the Kahurangi National Park this week.

Besides the mass onslaught of blood sucking sand flies who love my juicy ankles, it was quite lovely. It was like a Boy Scouts adventure trail, with little cabins and campfires dotted along the valley floor, close enough to the river for a good dip after a long day.

Our first night we just drove into the first hut and slept fitfully, fearful of exposing our toes to the savage insects who roamed the cabin, waiting to pounce.

The days walk was meant to take almost five hours, but because we are youthful and spritely, we trotted along the track and jogged up the hill, doing a few squats while we were at it.

When we arrived at Fenella Hut, it was like a shimmering mirage of glory in the midday heat. A relatively new hut, Fenella Hut was built as a memorial to Fenella Druce, who was killed in 1977 when the Three Johns Hut was blown over a bluff in Aoraki National Park.

We hoped the same would not happen to us.

A high point was the toilet, which may have been the most magnificient Department of Conservation hut toilet I have ever graced with my bottom. And I have graced MANY.

Stained glass windows, a delightful bush view (ha!) and even a pipe of running water conveniently placed for washing ones hands post wee-wee. It’s the little things that count.

Usually you have to dash in, hold your breath, close your eyes and pretend that the flies buzzing out of the dark depths of the long drop are just there for moral support.

An equally high point (some may say higher) was the magical tarn (lake) that rested just over the hillock, beckoning us with it’s un-tarn-ished beauty. I hope you see what I did there.

If trees had eyes, (and fingers and mouths), they would have been laughing and pointing at our naked, awkwardly tanned bodies plunging ungraciously into the waters. I do not like to touch the bottom with my feet, because I fear the creatures of the depths, but I enjoyed doggy paddling about, watching the dragonflies have sex with their faces (at least that’s what it looked like. Isn’t nature wonderful??).

Then came the time to get out. Naked. Using only a slimy rock, fatigued legs and stylishness, I slid on my front up the rock, realised my companions were taking x-rated photographs of my exit technique, slid back a bit in shock horror, then launched myself upward like a nifty seal. It was that rock’s lucky day… Just sayin’.

My evening meal consisted of mothers homemade dehydrated lentil curry, which sounds quite hideous but actually was top notch, and a snack on Rachel’s ‘fun mix’. Open to interpretation.

We had the hut to ourselves, so we played card games loudly and used two mattresses instead of one. Crazy cats.

Today we retraced our steps in a gazelle-like fashion, stopping for water, an occasional nibble and a cheeky skinny dip in the river, much to the astonishment of the German tourists walking by. (Just kidding, no one saw us… We think).

Now I am home, sprawled on my bed with a glass of wine positioned very nearby for ease of access to my mouth.

I DESERVE IT. It’s been a hard week at work.. 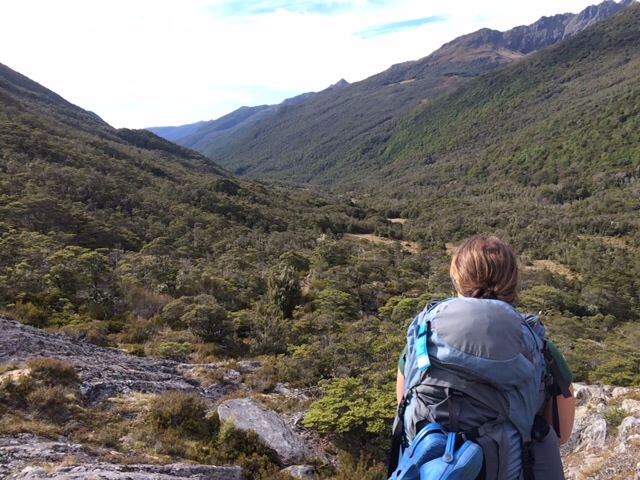 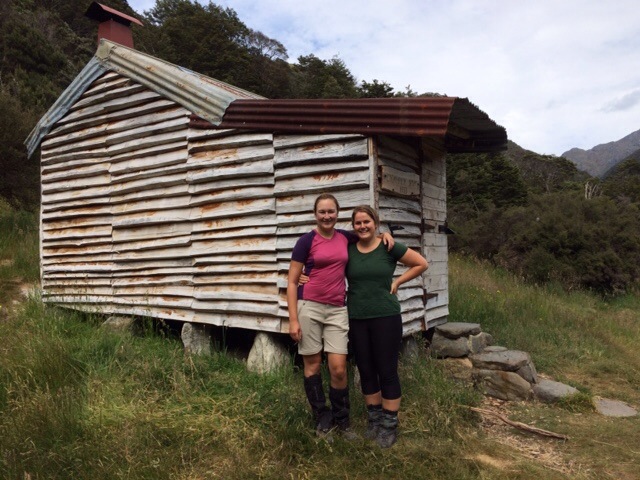 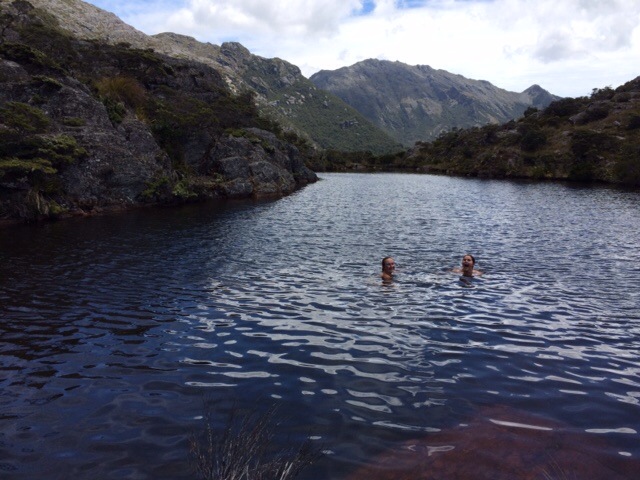 Ohhh boy, the weather in France has taken a turn for the chilly. My body is a bit confused, after spending a month in the glorious heat of Spain then reverting to winter weather. Thunderstorms, hail, rain, cold nights… But it’s secretly kind of nice, because it means we can LIGHT THE FIRE. And I love a good fireplace.

I have taken to wearing 70 percent of my wardrobe to bed, leaving 30 percent of my clothing for daytime usage. Needless to say, there’s not a lot of variety going on. Basically I just wear yoga clothes, a chunky jumper and some borrowed gumboots (or should I say, Wellington boots). But we watched a Ted Talk last night and the man giving the talk sagely noted that if all we do is follow fashion, we will never catch up with it, so we might as well not bother…..Right?

As I’m writing this I’m sitting by the fire in our little wooden chalèt, drinking some hand picked mint tea. We have had to do our yoga indoors for the past two days, because it is so gosh darn cold out. Basically, I’ve been doing a lot of baking and indoor work, like cleaning the gités, shifting books, helping with meals.

Over the weekend, whilst housesitting for the family while they were in Holland, Izzy and I made a delightful array of natural cosmetics, some practical, some not so much. Our toothpaste turned out a little funky, and Izzy is convinced it’s making her teeth go brown, which is sort of the opposite of what we were hoping to achieve. Our lip balm is a little bit solid, probably because the standard room temperature at the moment is much lower than average. Therefore the coconut oil is like rock.

We washed our hair with baking soda, made a nettle tonic (to promote hair growth and thickness), then conditioned with Apple cider vinegar. It actually worked really well in my hair, and is a whole lot cheaper than buying real shampoo. Apparently you have about two good hair days in the space of six weeks when you start doing this, after which your hair is MAGNIFICENT. Eyes on the prize Rosie, eyes on the prize. I feel a bit weird doing it, because I quite enjoy that lather effect that you get from shampooing your hair. With baking soda and water, you just kind of mush it around your scalp. It will take some getting used to. I added some essential oils to my nettle tonic to make it smell better. Because nettles don’t really smell that sexy.

We did naked yoga. Naked. I’m just gonna leave that sentence there. Take what you want from it….

I love this place, it’s like a haven of information and terrible jokes and shouting in Dutch and accordion playing and naughty escaping ponies. I love it when Ron makes a joke in English and laughs for a good five minutes at his own wit. Yesterday, when Izzy and I were moving shelves, he cried from the other side of the room “Easy does it! Oh! Oh! ……IZZY does it! Haha! Ha!” That man is hilarious. I love how Mariken calls asparagus ‘Aspergers’ and nutrients ‘nutritions’. I love how Igor farts so much that nobody even says anything anymore. He just lets one rip and everyone continues around him.

Izzy leaves tomorrow, after which it will just be me in my little wooden cabin, doing my strange breathy meditation all alone and sipping tea for one. I will miss the delightful outbursts of song and enthusiasm that happen whenever Izzy is in the room. She is like an excitable child who buzzes around doing a million things at once and is so inspired by everything and everyone, then exhausts herself and has to lie down for a while. Her enthusiasm is contagious, her art is amazing, I will miss that little chipmunk! She is so remarkably comfortable with being naked. Today we went for a walk in the forest, took off all our clothes, climbed a tree that hung over the river, and meditated… Oh what a sentence that is. Very nice indeed, aside from the extremely mossy bum.

Here are some pics of our weekend of housesitting and our very potent wheatgrass juice from our half day juice detox (we got hungry at lunchtime and there were pancakes, need I say more…). As Mariken says, there’s no point in juicing when it’s cold and you feel deprived. It will make you unhappy, and you want to feel happy. Wise words from a wise woman. 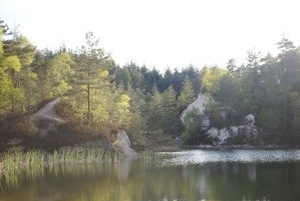 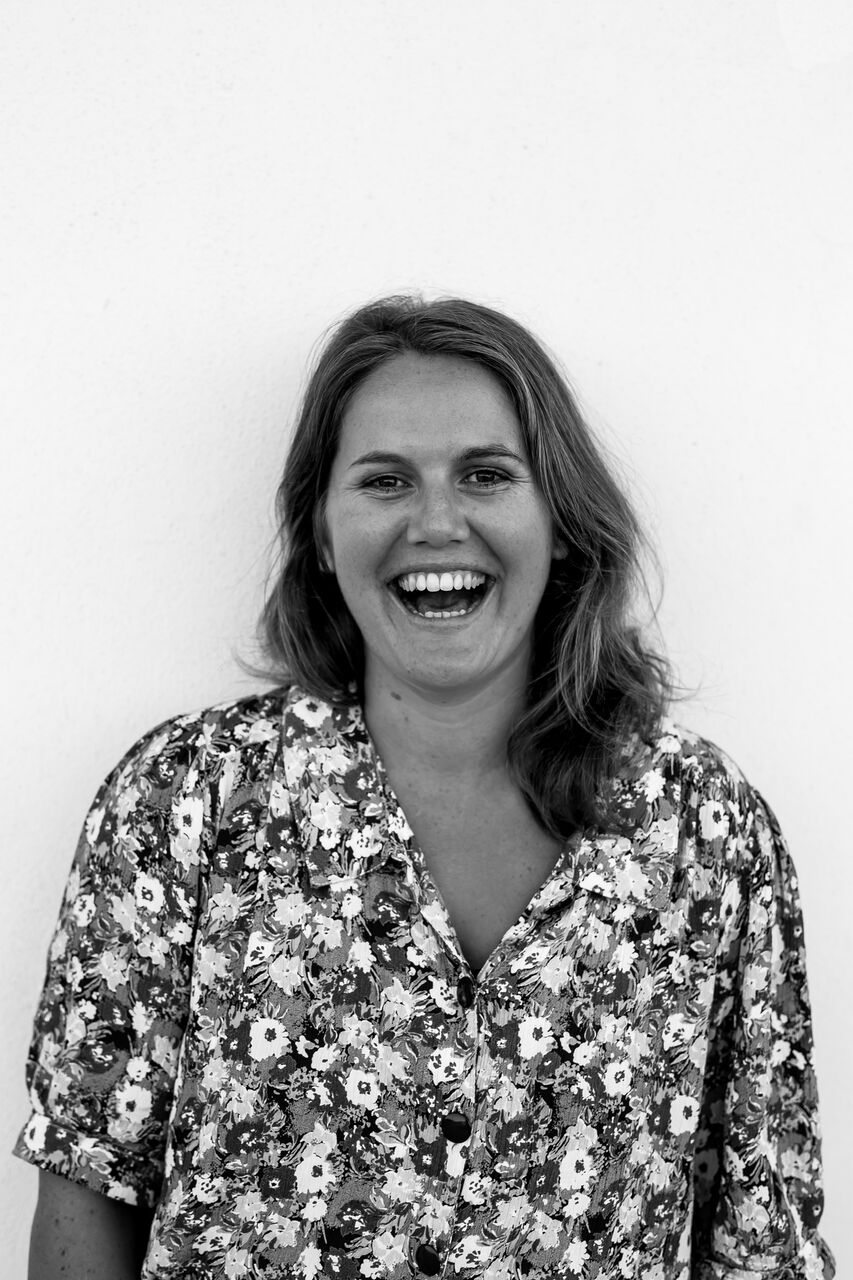 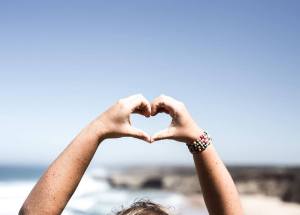